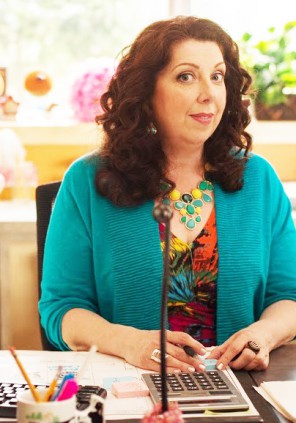 ‘Living here was always so important’

SYDNEY — Even at a young age Bette MacDonald knew she wanted a career in the entertainment industry. And even then she also knew she wanted her career to be based in Cape Breton.

“I thought that might be a tall order,” said MacDonald, who will be a Cape Breton Business Hall of Fame inductee this year.

“I remember meeting with my manager who is my manager after 100 years. I was asked what I wanted to do and I said ‘I want to be a comedian actor and who works in Canada and lives in Cape Breton.’ Fortunately, with some very good luck I’ve been able to do that and feel grateful for that.”

MacDonald burst onto the entertainment scene with her roles in the iconic Cape Breton Summertime Revue shows in 1987.

Though she had performed before then, it was adored characters like Mary Morrison that produced many laughs and would take her career to new heights.

Television performances, awards and standup praise from across the country would follow. She even became an author. But none of it would convince her to move her base of comedy operations from her home.

“I think it would be more difficult to live elsewhere and be wanting to be here. I think that would be difficult but I can go anywhere to work.”

Instead of her place of residence being a detriment to career growth, she draws much of her inspiration from it.

“Home is a big part of what we celebrate when we do our shows.”

There have been times, though, especially when she was younger, when she would wonder about what a move to Toronto would do for her career.

However, she always reminds herself she doesn’t want to play some role in some big show that might not have meaning to her.

These days, MacDonald can be found on TV weekly as Trudy Walsh on the CBC show “Mr. D.”

Through the business of entertainment, she’s also often front and centre at various events, giving her time to organizations that might need it.

“We don’t employ hundreds of people but we always feel that there is more than one way to give back to your community through your business and as performers the way that we do that is to fundraise,” she said.

“That is how we generate money in the community where it’s needed since we can’t hire a whole bunch of people. It’s what performers do.”

She’s honoured her contributions have led to an induction into the Cape Breton Business Hall of Fame and she’s pleased the arts and culture sector is being recognized.

“In a place like Cape Breton, in a province like Nova Scotia, it’s extremely important that arts are seen as an important business,” she said.

“It’s not difficult for us to understand it from a place that hosts an international music festival that generates millions of dollars, so we have a pretty good understanding in Cape Breton of the importance of arts and culture as business.”