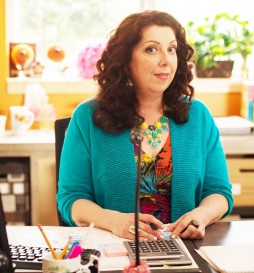 MacDonald received the nomination for her work in the “Mr. D” episode, “Mafia Dad.”

The Canadian Screen Awards celebrate the best in film, television and digital media and are part of Canadian Screen Week, March 7-13. The awards will air Sunday, March 13, 9p.m. on CBC.

Up-and-coming Cape Breton singer-songwriter Jordan Musycsyn will be in Pictou on Dec. 5 as part of the cast

MEMBERTOU — For Maynard Morrison, the business side of what he and his wife do for a living

For a high resolution professional photograph of Bette or Maynard, for use in publicity, please download here. A password must be provided. If you have not already been supplied login information, please contact