Maynard Morrison, a former fine arts teacher at Sydney Academy, is a founding member of the Rise And Follies of Cape Breton Island and Cape Breton Summertime Revue.

For several years, he was part of the very funny group with the beautiful harmonies, The Fabulous Doorknobs, appearing on concert and festival stages on both Canadian coasts. For ten years, Maynard was a favourite of the Ha!ifax Comedy Festival. He has appeared on radio, television and stages from Glace Bay to Vancouver. Maynard is an accomplished stage director and a popular event emcee, specializing in the art of the ad lib. For the past nine years, Maynard has starred with his wife, Bette MacDonald, in Tis The Season, a live hit comedy show that celebrates all things Christmas, Cape Breton style. Coming up is tour number ten for this show that, for many, has become an unmissable holiday tradition.

To book Maynard for a performance or to emcee your event, please fill out and submit the form below. 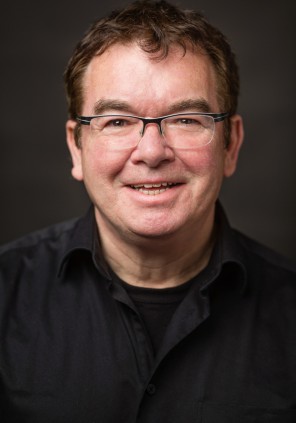 request a booking with maynard